You are here: Home / Progress / cycle BOOM blooming in Spring ‘14
Pin It 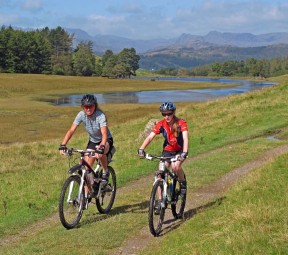 When I first heard about the cycle BOOM project I thought “Oooo, that sound’s interesting!” Having spent most of my working life promoting cycling as a means of transport and recreation, and as a soon-to-be post 50 life-long cyclist myself, a research project looking at the challenges and benefits of cycle use among older people was obviously going to tickle my professional and personal fancy.

I was very pleased, therefore, to be invited to join the project’s Stakeholder Advisory Group (SAG), comprising a range of individuals and representatives of organisations with an interest in cycling and the well-being of older sections of the population. These include, for example, the CTC – primarily a national recreational cycling club but with a membership profile heavily skewed toward the senior echelons. They will certainly have a good deal of useful intelligence to share on, among other things, the practicalities and myriad advantages of keeping older people cycling. Coming at the issues from a rather different perspective Age UK have, as far as I’m aware, little history of involvement in cycling projects to date, but are probably the industry standard when it comes to understanding and championing the needs and interests of senior citizens. So, I’m hoping us SAG members will learn a good deal from each other, in addition to sharing our pearls of wisdom with the core research team.

The inaugural cycle BOOM SAG meeting was held at the University of the West of England in early March, at which we were brought up to speed with the progress that the core team has made since project lift-off last October. I was immediately impressed by the amount of ground they had covered, together with the rigour and thoughtfulness of the proposed methodologies. Despite the fact the team is dispersed across four universities spread across a broad southern swathe of the UK, from Cardiff in the west to Reading in the east, they appear very well coordinated in their efforts. While individual Research Assistants (RAs) have specialisms they are focusing on, the plan is to up-skill colleagues in certain research techniques, so all four RAs deliver a similar suite of methods in their geographical patch.

They are heading into an important fieldwork phase, simultaneously often the most challenging and rewarding element of research. This is when carefully crafted hypothesis get tested, but where anticipated (hoped for?) results many not readily reveal themselves. My suspicion is that the research team’s greatest test will be in recruiting and retaining a cohort of non-cyclists in their 50s, 60s and 70s willing and able to adhere to an eight-week commitment of riding a bicycle for at least 30 minutes three times a week. A good deal of hand-holding will, I think, be required to assuage concerns about safety (on the road as well as personal), social stigma, mechanical problems, bike security, etc. Also important will be filling knowledge gaps about local cycle-friendly routes, and the scope for using a bike to get to places and run errands. Embedding cycle use into regular travel needs, rather than creating another obligation, and using existing senior cyclists as mentors and guides could prove useful here.

Jo Cleary is a Sustainable Transport Planning Consultant at Cleary Stevens Consulting. Contact her at jo.cleary@clearystevens.co.uk

Welcome back to the cycle BOOM blog. After a busy crescendo to the project, with our conferences in … END_OF_DOCUMENT_TOKEN_TO_BE_REPLACED