You are here: Home / Cycling in later life in the UK
THE POTENTIAL

1 LOW LEVEL OF CYCLING AMONG OLDER PEOPLE IN THE UK

The share of journeys made by bicycle is low for all all age groups, but particularly low in older age. 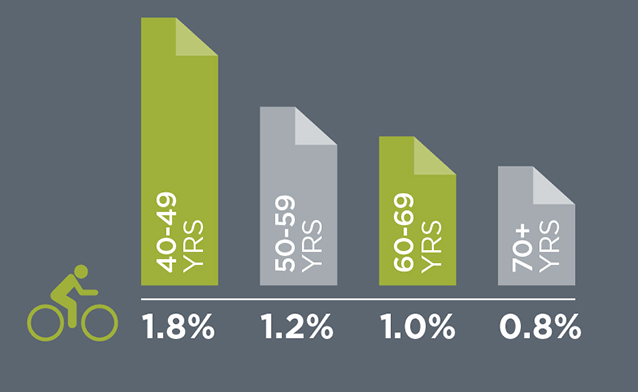 Cycling is an important method of transport in older age in other parts of Northern Europe. 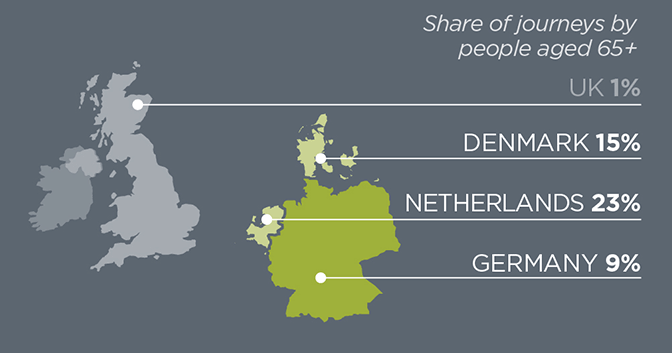 Older men are twice as likely to cycle as older women, raising concerns over equity. 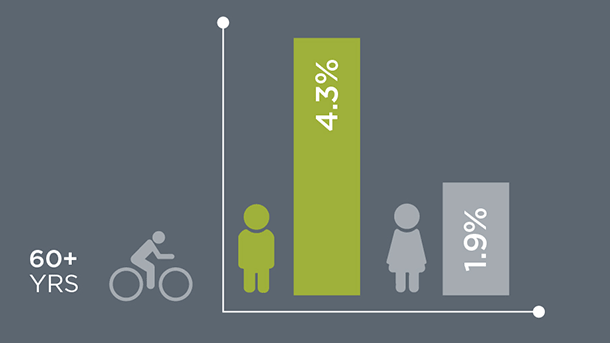 5 LACK OF CONFIDENCE TO CYCLE ON ROADS

Nearly half of older people feel it is physically difficult for them to cycle and only one in five are confident cycling on roads. 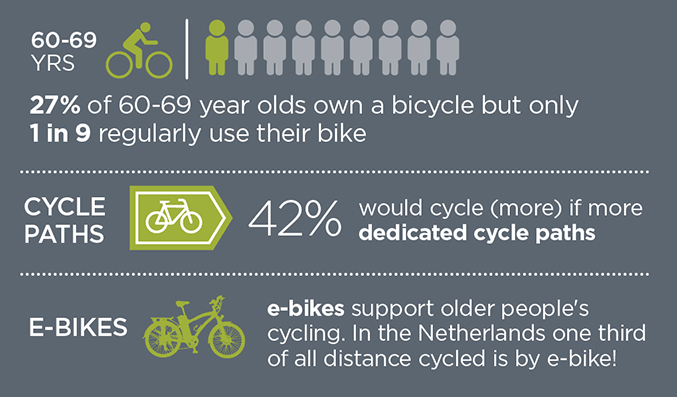 Cycling could make a valuable contribution in promoting active ageing and prolonged independence and good health.

Physical activity declines with age to the extent that by 75 years only 1 in 10 men and 1 in 20 women are sufficiently active for good health.

8 ABSENCE OF OLDER PEOPLE CYCLING IS GETTING NOTICED

Public figures are starting to draw attention to the unequal distribution of cycling amongst the population.

At the moment cycling is disproportionately young and male and that’s because of the conditions. I suppose those are the people who feel able to cycle…What I want to see from these changes, and I think we will see, is far more women doing it, far more older people doing it.
London’s Cycling Commissioner Andrew Gilligan discussing the Mayor of London’s plans for cycling in the capital.

Funded by EPSRC as part of Lifelong Health and Wellbeing Programme – Grant No. EP/K037242/1