You are here: Home / Meet the team / Carl Mann 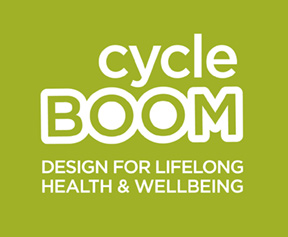 I grew up in the early 80’s during which time one of my brothers was heavily involved in the mod revival. Before he was old enough to buy his own Vespa, he and his friends would get about on their Raleigh Choppers wearing mod parkas. I was definitely jealous of this as a kid (I’m not sure why), so learned to ride as soon as I could. I started out on a trike, and then quickly progressed to a mini version of the chopper (I think it was called a ‘chipper’). That was it. I was hooked. Not only could I wheel myself around, but I probably looked good doing it (as this picture shows…hey, it was the 80s). Even when I joined in a game with my brothers where the rules were to brake just before they hit a wall. There may have been an incident with my brake cables.

Despite this setback, from there I moved on to a BMX, which I remember aged 10 cycling for 12 miles to visit my grandparents without telling anyone. I couldn’t walk for 2 days. Next, I had a red racing bike which I remember riding home proudly wearing my Karate kit, perhaps showing off a little, when said flared sports trousers got caught in the gears and I flipped forward into a heap onto my road. I probably explained the oil stain away at the next Karate class as ‘generic crime fighting wear and tear’. I like to think they believed me. Despite such experiences I always enjoyed cycling when I was younger, especially cycling round quiet roads or by a river in Buckinghamshire in the summer.

After a prolonged hiatus, I have got back into cycling recently, as a different form of exercise after running a marathon made me not want to run as much! I get obsessed with things until I can’t stand them, so I will no doubt enjoy some cycling around Wales, ride round the Isle of Wight or the UK until I develop an aversion to all things velocipede. But let’s hope that’s a long way off – I hope to cover many miles in 2015!