You are here: Home / Meet the team / Shaun Williams 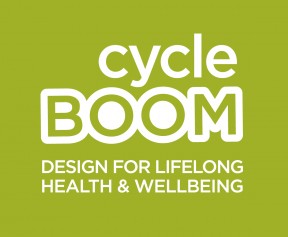 Growing up as a 90s kid in the ‘village’ of Margam, Port Talbot (UK), my brother Dale and I, to our shame, would always expect an annual ‘Toys R Us’ bicycle each. According to script, every December we would receive the latest and most fashionable Raleigh Apollo. Demand 1: more gears. Demand 2: different colour from last year.

Over the years we stored this ever growing collection of bicycles in an unlocked garage, accessible by an unlocked gate. The onus of maintenance was of left to the late ‘Eddie’, a retired steel worker, next door neighbour, and unsung champion of bicycle repairs.

As years past, and after the countless hours of patiently waiting at Eddie’s converted WWII bomb shelter – where the bicycle tools were stored, friends of mine and Dale’s would gradually come to use Eddie’s free-of-charge bicycle repair services. Without hesitation or expectation of gratitude, Eddie continued to do this until his passing.

As I reminisce of the ‘golden age’ of summers cycling, surrounded by the hills of Margam and the rolling plumes of smoke from the stacks of steel industry, I wonder, would cycling today be as meaningful for me today as it would have been in a world without Eddie? And the answer is, of course, it wouldn’t be.

So, sincerely, because I never said this when I had the chance, I would now like to say: ‘thanks, Eddie’, it was great. This one’s for you.

Welcome back to the cycle BOOM blog. After a busy crescendo to the project, with our conferences in … END_OF_DOCUMENT_TOKEN_TO_BE_REPLACED