You are here: Home / Uncategorized / Tales from Taipei: exploring the evolution of cycling
Pin It 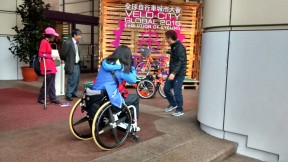 This month Justin Spinney reflects on his visit to the Velo-City Global 2016 Conference, Taipei.

Recently I enlarged my carbon footprint further (but all that cycling makes up for it, right?) by attending Velo-City Global in Taipei. As you’d expect from a cycling conference, there were many success stories from around the world reporting ‘best practice’ on how to get more people cycling, all under-pinned with various statistics on the mode share that a given city had achieved. What I want to pick up on here was how homogenising these headline stats tended to be: when policy makers talk about who is cycling, it is generally an undifferentiated mass. The danger of this is that the headlines sound great: ‘20% mode share!’, but these headlines tend to mask inequalities in who is cycling. We get no sense of whether women, young, old, less able, parents or different ethnic groups are equally represented in these mode shares.

There were some notable exceptions to this trend: Heike Bunte when talking about the German National Cycling Plan discussed the challenges of engaging elderly, children and differently able within cycling. Jackie Fristacky (Councillor for Yarra, Australia) echoed this in a session on cycling and inclusion stating that most nations are currently trying to get the 8% on bikes – the ‘enthused and confident’ as she called them who will generally ride even if conditions are less than adequate. This tends to be the young and largely male urban dweller. As Fristacky went on to point out, what about the other 92% – ‘the concerned’ and the ‘no way no how’; the harder to reach group, and to a large extent, a group that even the poster-boys of cycling (Amsterdam and Copenhagen) have not entirely cracked?

It was certainly evident in presentations by major manufacturers that they appeared uninterested in this larger market, content it seems to fight over the small fish-pond of the 8% with sport-focused design ‘innovations’ rather than providing a serious solution for the ocean of the other 92%. John Burke, President of Trek Bikes for example showed a graph of bicycle mode share and talked about the ‘massive opportunity’ for bike companies if mode share increased to 24%. I posed the question that as a business surely they want the biggest market share, so why weren’t they interested in the other 76%? Neither he nor Anthony Lo from Giant Bikes had an answer to this. 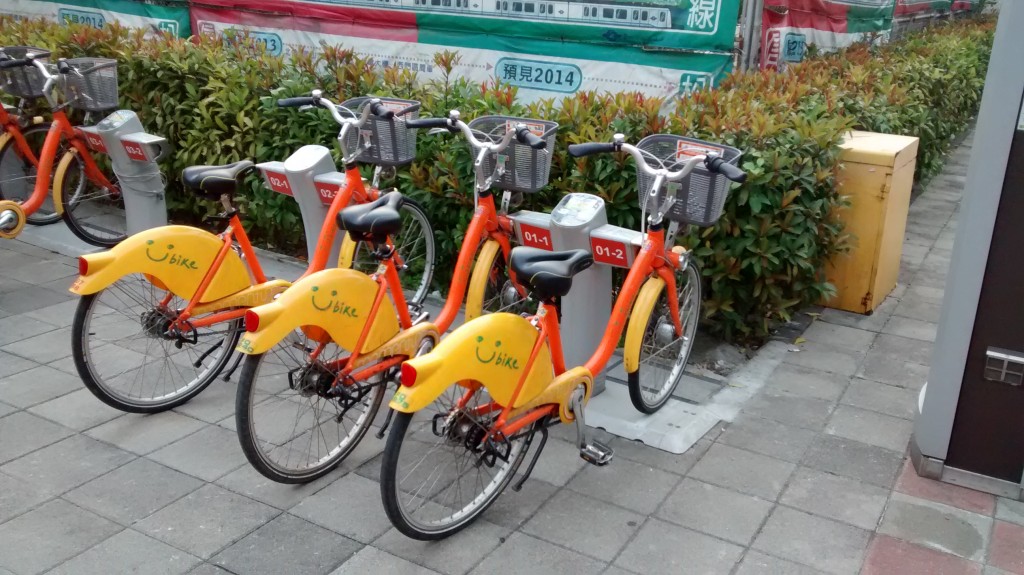 Whether we’re saying the hard to reach are 92%, 76% or 65%, the point is they are by far the majority who for one reason or another cannot or will not use a bike as conventionally envisaged yet no one seems interested in designing a more sustainable personalised mobility solution for this group. This strikes me as odd from a social, economic, environmental and design perspective. Whilst I disagree with much of what former Mayor of Adelaide Stephen Yarwood said in his presentation, we would certainly agree on the point that what conferences like Velocity can forget is that we should perhaps not be focused on improving cycling, but improving mobility and figuring out the best way to do that for the largest number of people. Perhaps controversially for the cycling fundamentalists, this may well entail focusing our energy on human assisted vehicles that incorporate the best elements of bikes and cars and which reflect the aspirations and needs of the 92% rather than trying to encourage all people to ride conventional bikes which for many reasons may be unsuitable. There seems to be an un-ending appetite among designers and policy-makers to tinker with the basic bicycle format in terms of materials, aesthetics and infrastructure for those who currently ride, but no appetite to think about design for sustainable mobility from the user perspective of the other 92/76/65%*.

* Delete as appropriate/ according to optimism

Dr Justin Spinney is a Co-Investigator on the cycle BOOM research project, and Lecturer in Human Geography at the University of Cardiff.  Contact Justin at spinneyj@cardiff.ac.uk

Welcome back to the cycle BOOM blog. After a busy crescendo to the project, with our conferences in … END_OF_DOCUMENT_TOKEN_TO_BE_REPLACED