You are here: Home / Cycling Life Histories / Tales from the Field
Pin It

This month, as the cycle BOOM project moves towards completing data collection, Heather Jones (Research Associate, UWE) reflects on her research in the Bristol area and provides some snapshots of her participants.

Since May 2014 I have been working with a diverse range of people age 50 and over in the Bristol area as part of our investigation into cycling and ageing. This has involved extensive biographical interviews and also ‘go-along’ rides where I have been observing and videoing riders as they navigate their way around by bicycle and then interviewing them about the ride using the video.

Whilst these different methods incorporated distinct questions about cycling in later life (the first investigating engagement with cycling throughout their life and the other gaining insight in to the experience of being over the age of 50 and mobile on a bicycle in urban space), in practice we have seen that they complement each other to reveal a more complete picture of participant’s possibilities and constraints for using a bike at this point in their lives. 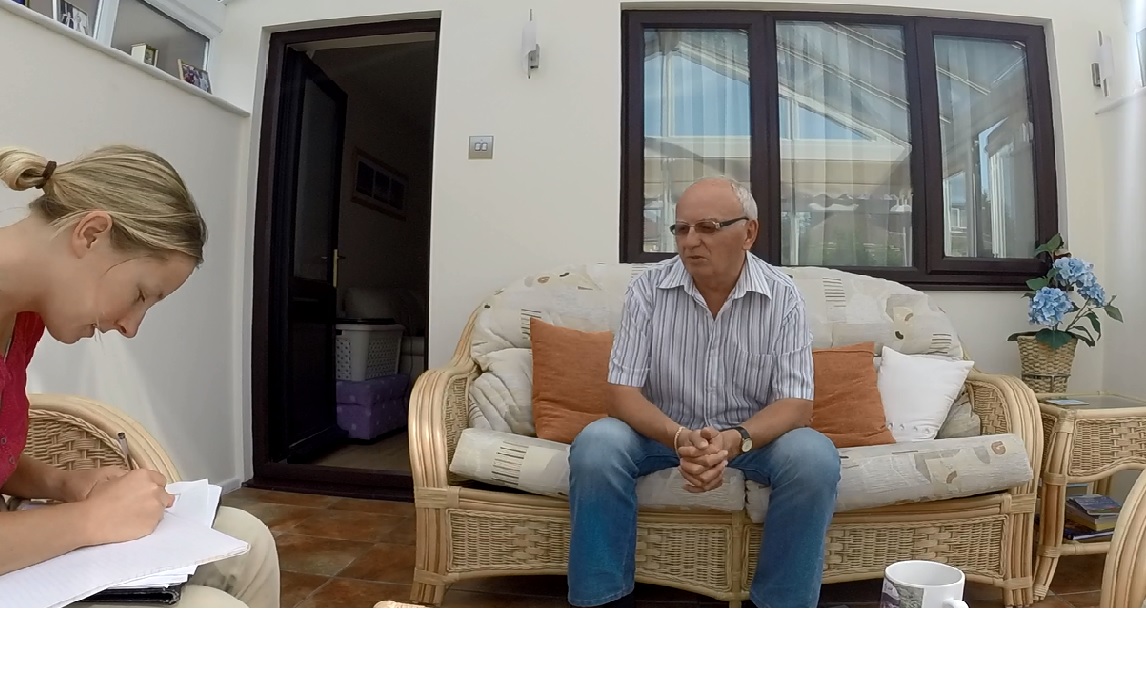 I came to the cycle BOOM project with a professional interest in understanding how individuals’ travel behaviour and travel choices are affected by life transitions. A shortcoming often found with transport research is that too little attention is paid to non-routine journeys and travel that arises more incidentally and is less time-sensitive. For instance, heading out for a walk and calling in on a friend along the way. With cycling there is also the possibility of activity which people wouldn’t consider in terms of travel at all but nonetheless entails moving through the physical environment with a bike.

For me then data collection has been a fascinating insight in to how people’s cycling (or absence of cycling) has arisen and for some, how it continues to evolve as they negotiate the events and transitions of later life. It has also thrown some light on changes in how they use other forms of mobility e.g. gaining a bus pass, having more time to walk.

Something I hadn’t anticipated perhaps was how life stories about cycling would also be enlightening about more general experiences of getting older. People talked about the feel of riding their bike, bodily changes that affected the comfort and confidence. People often reflected on how it felt to cycle now in comparison to what they recalled of cycling earlier in their life.

As someone who knows Bristol reasonably well by bicycle it has been interesting to hear how others navigate in and around this city. Interviews and rides have taken me to areas I am less familiar with and given me a chance to understand the regular routes, favourite places, short cuts, habits and gripes which make other people’s cycling knowledge of Bristol and its hinterland. It has also been a window onto cycling here in earlier times. For example from my participants in the north fringe of the city I got a collective picture of how with the widening of the roads, and the employment and housing expansion from the 1970s onwards, conditions became increasingly less comfortable for cycling.

Here is a snapshot of some of the participants I’ve met (these are not their real names);

Chloe and Wilfred were a husband and wife who I accompanied husband and wife Chloe and Wilfred on one of their twice weekly cycle rides on the outskirts of Bristol. Chloe had a few decades of cycling behind her whereas Wilfred had started again just a few years previously, his first cycling since he was a teenager. He told me about his cycling in relation to his retirement and recovery from knee replacement operations. He joked how his family had presented him with a bicycle as a ‘gentle’ hint that he now needed to do some exercise. He admitted that at first had done it mostly to please Chloe but was now fairly enthusiastic about the rides and cycle holidays they were accumulating. 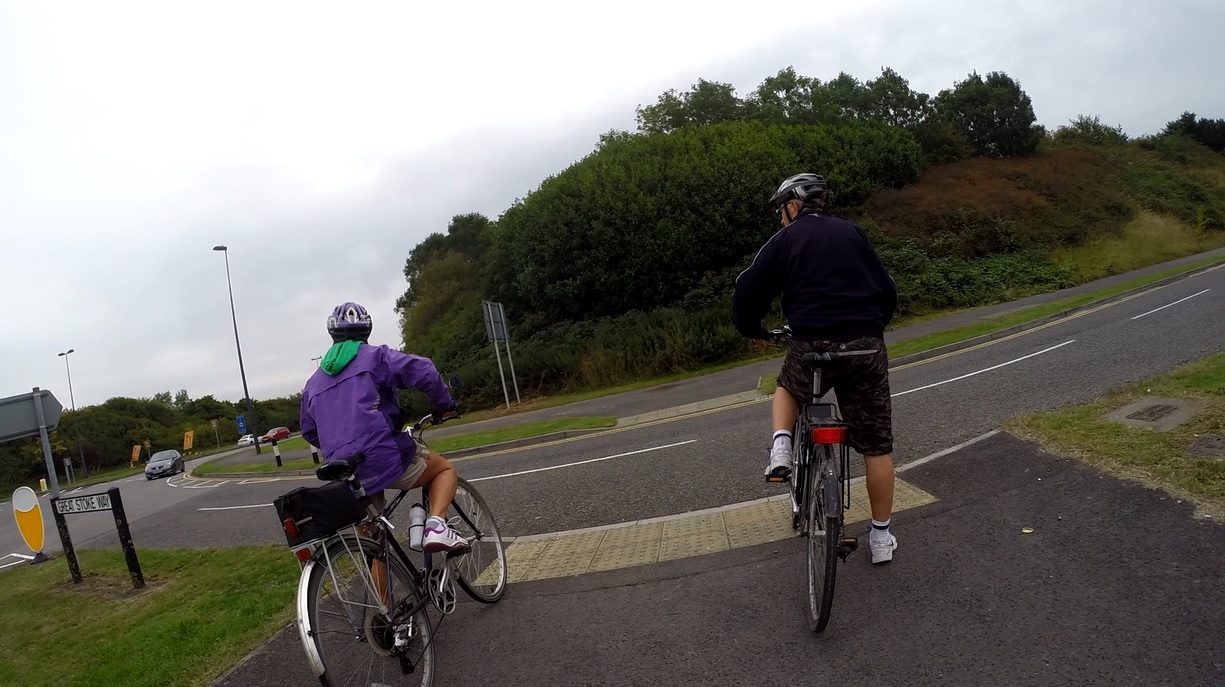 Then there was Timothy. I met Timothy at his office on an industrial park about 10 miles outside of Bristol. In the biographical interview, Timothy had told me how he had returned to cycling following an incident where he was knocked off and seriously injured. He hadn’t cycled for almost 10 years until some health issues made him feel he really had to get back to cycling. It was really moving to hear Timothy’s account of overcoming his anxiety of cycling on the roads and the weight he had lost as he built up to commuting on a daily basis by bike. It’s no exaggeration to say I struggled to keep up; on more than one occasion he disappeared out of shot on the video. But I put this down to a heavy backpack and steadily becoming soaked to the skin by the rain!

The last encounter I wanted to share was Julia. Julia was my second participant in their eighties. Julia had been forced to stop riding her bike 3 years previously due to the progression of her arthritis. She had cycled on and off though adulthood from the time she got her first bicycle at the age of 21. Julia had lived in the same area of Bristol since she got married and told me how being a mother had limited her cycling somewhat but she still used her bike on occasion after the children were in bed to go to activities such as choir. Julia lost her husband when she was in her 50s and told me this was when she started “popping an apple or a sandwich” and going for a ride along the railway cycle path. Julia still managed to get to groups and activities using her mobility scooter and with the help of lifts from friends and kept fond memories of riding around east Bristol.

These hopefully give you an idea of varied portraits we have captured of cycling in later life. As data collection is completed I will be mindful of ensuring this richness translates into findings and outputs. In particular what it means to be navigating your urban environment on two wheels at the same time as you negotiate some of the continuities and disruptions that accompany mid- to later-life.

Welcome back to the cycle BOOM blog. After a busy crescendo to the project, with our conferences in … END_OF_DOCUMENT_TOKEN_TO_BE_REPLACED